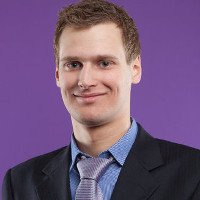 NSERC post-doctoral fellow at the University of British Columbia

In both normal tissue and disease states, cells interact with one another, and with the extracellular matrix (ECM). The ECM is a meshwork of proteins that cells produce and degrade. Cells also adhere to the ECM, exert forces on it, and move through it under specific circumstances. Cell-cell and cell-ECM interactions are fundamental in determining cell and tissue fates, and the outcomes of normal development, wound healing, and cancer metastasis. I combine biological, computational, and mathematical methods to understand such processes.

Interactions between cells, ECM, and tissue range over several orders of magnitude in time and spatial scales. Distinct mathematical frameworks are appropriate for specific levels of detail. For example, differential equations (DEs) that track changes in cell densities, are suitable for describing large cell populations, when individual details are less important. I refer to such descriptions as continuum models (CMs). On the other hand, to track the motion, behaviour, or forces produced by individual cells, a more detailed computational framework is needed: here, each cell is described at a finer level of detail. I refer to such models as cell-based models (CBMs).

Traditional continuum models (partial differential equations, PDEs) are based on purely local interactions. Unfortunately, such PDE models ignore important nonlocal effects in tissues, such as long-ranged forces between cells transmitted by the ECM, and long cell protrusions contacting far away cells. The advantage of my proposed research is that I develop methods to describe nonlocal phenomena, in both the continuum and the physics-based CBMs.

The combination of continuum and cell-based models is a reoccurring theme in my research. Each brings benefits to the insights and understanding of complex problems. CBMs allow for the inclusion of rich detail based on physical laws, and visualization of individual behaviour. CMs permit me to harness computational and analytical tools that the mathematics community has built up over many decades. The methods also have limitations: large processing power requirements of CBMs limit them to small cell populations, versus limited level of detail in CMs.

In 2017, the Canadian Cancer Society reported that an estimated 206,200 Canadians will be diagnosed with cancer this year. Cancer has a devastating effect on the lives of many Canadians. While significant advances in treatment have been made to date, we are still far from a cure. One of the deadliest hallmarks of cancer is its ability to invade distant tissues (metastasis). Central to the development of successful new treatments is a fundamental understanding of the biological, chemical, and physical triggers of cell invasion. My work harnesses the tools of mathematics, physics and scientific computation to address this problem at the basic science level, in partnership with mathematical and biological experts. Data from in-vitro cell invasion experiments will guide model formulation, and key questions to address.

In both normal tissue and disease states, cells interact with one another, and with the extracellular matrix (ECM), a fibrous scaffold surrounding them. Cells adhere to and pull on the ECM. Cell-cell and cell-ECM interactions are fundamental in regulating both normal (e.g. developmental) and abnormal (malignant) cell motility. My novel mathematical models of cell-cell and cell-ECM adhesion will facilitate deeper understanding of how these play out in cell collective behaviour. My in-silico (computational) experiments offer rigorous testing of our biological understanding and suggest new biological experiments.

Many cell interactions occur distances much greater than typical cell size. My work addresses a long-standing challenge of modelling such non-local phenomena. I propose, the development of new mathematical tools to describe and analyze such non-local interactions. For example, many of the classical notions from calculus have to be revisited, revised and extended to account for long-ranged influences. These developments advance the methods of applied mathematics.